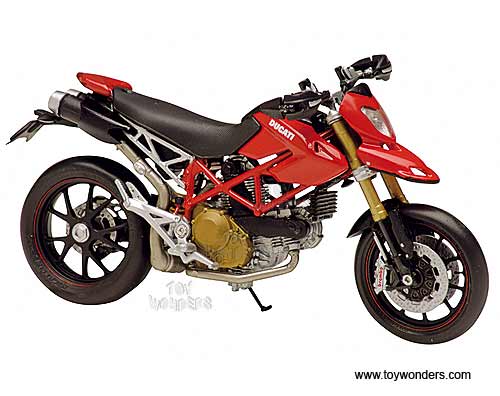 The Ducati Hypermotard is a supermotard Ducati motorcycle designed by Pierre Terblanche and was first seen at the November 2005 EICMA trade show in Milan. The Hypermotard was awarded "Best of Show" at EICMA and has since won other show awards. The Hypermotard has a 939 cc (57.3 cu in) dual spark (see 2010 MY revisions) 'Desmo' or 'Desmodromic' liquid-cooled two-valve 90° V-twin engine with fuel injection and weighs under 180 kg (400 lb). The Hypermotard is capable of speeds in the region of 125 mph (201 km/h). The rigidly triangulated trellis frame wears 50 mm Marzocchi R.A.C. inverted forks, and has a Sachs/Öhlins remote reservoir shock attached to a strong, single-sided swing arm. The Marchesini racing wheels wear dual radially mounted Brembo four-piston, two-pad brake calipers matched with 305 mm discs up front, and a 245 mm disc with two-piston caliper at the rear.